Above, this image of seagulls looks like a normal panoramic image shot with a camera or a cellphone. Looking closer, the curvature of straight lines and the blur at the bottom are a give away that this was shot with a 360° camera – in this case,  a Safari 360.

Below, the image straight out of the camera – two 180° fisheye images that the camera software will assemble into the spherical (Equirectangular) panoramic image above.

If you look at the images, you can see some parts of the legs of the little tripod that I used to position the camera off of the ground. That’s “some parts” and not all parts, as the construction of the camera creates a rectangular blind spot beneath it. Although it’s just a bit of tripod, it’s annoying as I don’t want to have the tripod included in my 360° images. Worse yet, the finished images are blurry at the bottom (and top) as the camera software can’t fully correct for the distortion caused by the use of spherical lenses – but what the heck – I have Photoshop and can fix some of this. 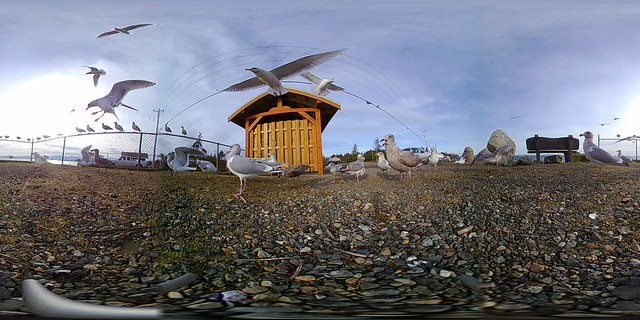 Before and after a bit of Photoshop-fu 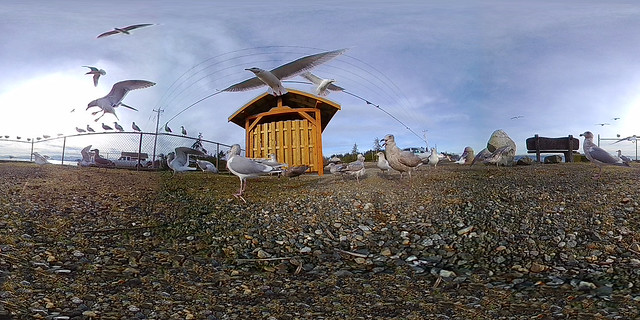