The Royston Wrecks are the remnants of 14 (possibly 15) old ships that were once used as a breakwater to protect the log booming grounds of Comox Harbour.

In the first half of the 20th century the Comox Valley had a booming logging industry. The logs where pulled by train to the entrance of the Comox Harbour, dumped there and towed over the Strait of Georgia to the big sawmills in New Westminster on the mainland. The site in Royston is very exposed to southerly winds increasing the tidal swells which made the dump tricky and dangerous specially in winter.

In the late 1930s they sunk the first old ship hulks, beginning with the “Laurel Whalen”, to break the ocean’s force. In the next 25 years the number of ships increased to 14, including old whaling boats, schooners, navy frigates, freighters and tugs. 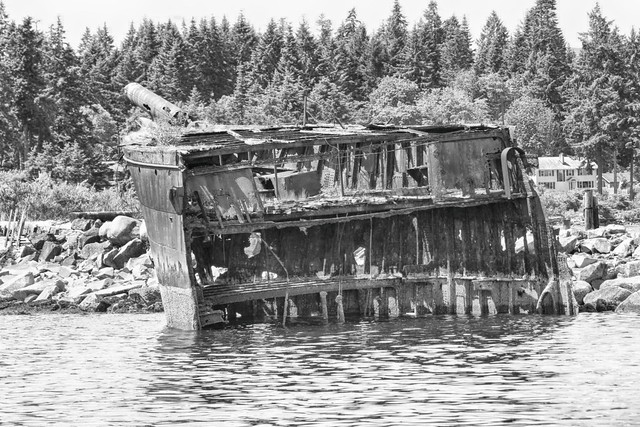 One Response to The Royston Wrecks